Arusha City : commonly known as “A Town” by the locals is a city located in the northern eastern part of Tanzania. The City is found at the foot of Mount Meru on the eastern edge, part of the Great Rift Valley; the location of Arusha city is the attribute to its cool temperate climate. The City is in the vicinity of the Arusha region with an elevation of 4600 ft and has a population of about four thousand people with mixed backgrounds such as indigenous African, Arab-Tanzanians, and Indian-Tanzanians. The City is the safari capital of Tanzania where visitors planning to travel across different sites of Tanzania make it a starting point that connects them to their destinations. Arusha city is situated in a convenient place to reach the Tanzania national parks like Serengeti national park, the ngorongoro conservation area, lake manyara national park, tangire national park, mountain Kilimanjaro national park, Olduvai Gorge and arusha national park among the rest.

The development of Arusha started literary after the Germans conquered former Tanganyika in 1896. The Germans found the Arusha Maasai who had settled in the south of Mount Kilimanjaro and they were agro-pastoral people and dealt mainly in trading grains, honey, and beer. The area enabled the Germans to set up administration structures such as building a fort and soldiers were stationed there. During the 1920s, civilian administration was implemented and the British replaced the Germans and took over their plantations and Arusha City (a town by then) started developing rapidly after the British moved the regional administration to Arusha. By 1940 the population had increased to 2000 people in this City. Arusha town was officially declared a city in 2006 by the Tanzanian government. 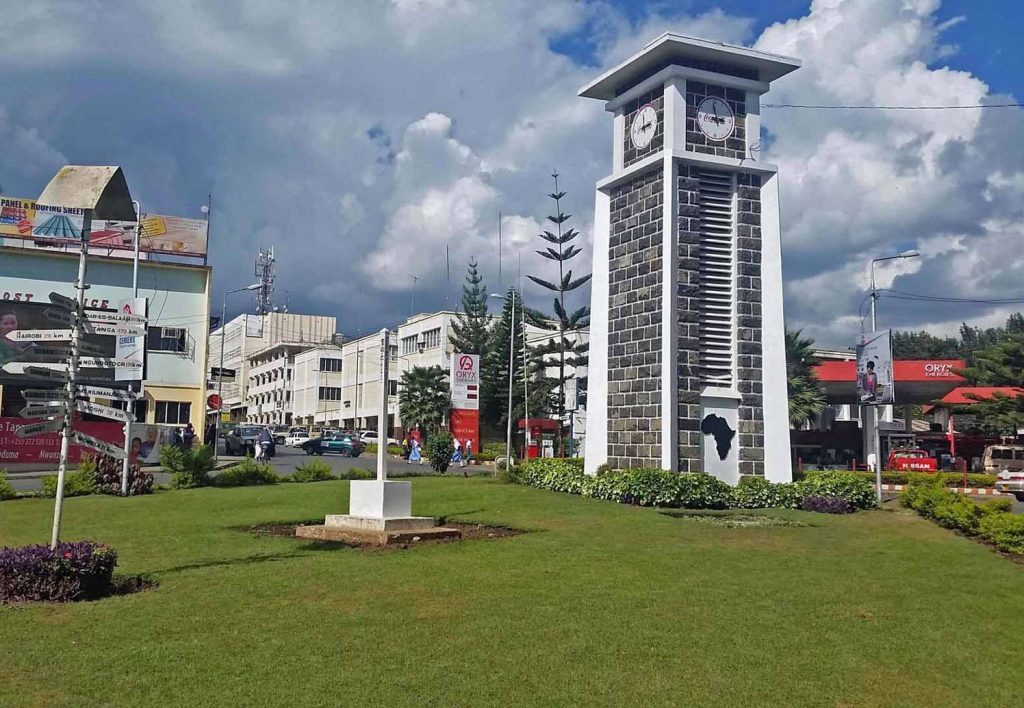 The City hosts a number of international diplomatic offices and headquarters of different organizations such as the East African Community which is an intergovernmental organization composed of six countries in the African Great Lakes region. Arusha City also got a chance to host the United Nations International Criminal Tribunal for Rwanda in 1994 to 2015. it was the site for the signing of the Arusha Declaration. Arusha City also grounds the African Court on Human and Peoples’ Rights. All the above events make arusha city one of the major international diplomatic hubs in Africa.

The City is regarded as a stopover during hiking activities to the snow capped Mountain Kilimanjaro by visitors, but Arusha consists of numerous insights that visitors need to watch out for when they land in within arusha city. Arusha has an international airport known as Kilimanjaro International Airport that has regular flights to and from Arusha City. The City has also a domestic airport called the Arusha Municipal Airport which is located on the outskirts of Arusha City. This airport moves visitors and travelers around Tanzania and other parts such as the island of Zanzibar.  The City is the starting point of traveling in the country because it has roads around the arusha city that connect to different tourist sites in the country.

Places to visit while in Arusha City

Mount Meru is a starting point because Arusha City is located on the floor of this great mountain. This dormant volcano provides a panoramic view of Arusha City. Many travelers use it as a warm-up area before they head for the snowcapped Kirimanjaro. Climbing Mount Meru can take 3- 4 days and you are not required to take guides but you must be escorted by armed rangers.

The National History Museum is located in Arusha and was opened in 1987. The museum holds some of the original discoveries of human evolution and entomology. Another museum located in Arusha is the Arusha Declaration Museum found in Kaloleni Road. Arusha Declaration Museum exhibits the documents on the colonial history of Tanzania, the Arusha Declaration and the fight for independence. The national history museum is located within the old German colonial fortified compound called boma. You can enjoy a lot about the colonial era in Tanzania and a lot of evolution that has existed in Tanzania.

The Arusha Central Market is one of the flocked markets by travelers when they visit Arusha . Arusha central market is a chaotic place of trade also known as soko kuu meaning “bigmarket”. The Arusha Central Market offers many shops selling Maasai fabrics and it is best for getting African souvenirs. There is also the Maasai central Market which mainly displays a wide variety of items and the Maasai heritage and culture of the Maasai community in Tanzania. Additionally, this City has Arusha Farmer’s Market that is best known for its meat products.

The City is located near some of the largest national parks and game reserves in East Africa such as Ngorongoro Conservation Area whereby travelers can find the Ngorongoro crater which is the largest inactive volcanic caldera, Serengeti National Park located in the Simuyu region and it is famous for its numerous Nile crocodiles and white bearded wildebeests, Kilimanjaro National Park where hiking of Mount Kirimanjaro can take place., Lake Manyara National Park, and Tarangire National Park where travelers get a chance to have a great scenery of animals in the park converging in one place during the dry season. This national park can be accessed via the paved road south of Arusha City.

The City is blessed with numerous hotels and restaurants (accommodation facilities) that enable travelers to move easily from one area to another leading to a development in the hospitality sector of Tanzania. Since Arusha is the centre of connection to a number of tourist sites. Many travelers tend to prepare and rest with in Arusha City pushing it to have a great number of hotels, motels, and restaurants. In these hotels, Arusha has a variety of luxury, mid-range, and budget hotels that leaves the traveler with a choice to make or choose their taste. And such places we have;

Four Points by Sheraton Arusha, The Arusha Hotel which offers a restaurant, an outdoor pool, and a fitness centre.they also offer free parking space and WiFi in the rooms and open public areas of the hotel. There is also hiking/biking trails nearby and golfing nearby.

Gran Melia Arusha is located in Arusha City and some of the activities of the area can be experienced at Arusha Golf Course and Kilimanjaro Golf Club. The place has two restaurants and an outdoor pool plus a health club. The spa is also included and free parking and security guaranteed. The hotel has a peaceful atmosphere providing the visitors with a moment of relaxation.

Mount Meru Hotel has two restaurants that serve lunch and dinner and another onsite dining venue offering breakfast, lunch, and dinner. The hotel has free WiFi in all the rooms and public areas plus parking. It also offers a fitness center with other amenities including business centers a bar and massage rooms.