Best time to visit Masai Mara National Reserve is that time of the year when the animals/wildlife species in the park are plenty and easy to find. On having African tours, Kenya safaris are among the best safaris on the African continent. While in Kenya, you will find the Masai Mara National Reserve, a spot on a place that offers exceptional travel destinations because of its rich diverse ecosystem consisting of different wildlife species and splendid landscapes. 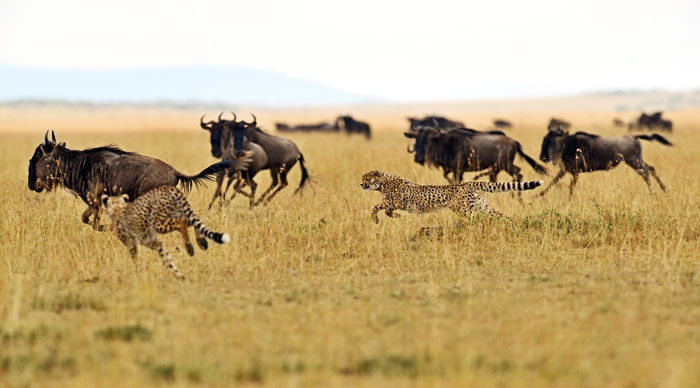 The Masai Mara National Reserve is located in the southwestern part of Kenya covering an area of 1510 square kilometers in the Great Rift Valley, a fault line stretching from Ethiopia’s Red Sea through Kenya, Tanzania, Malawi, and into Mozambique and it features as an extension with Tanzania’s Serengeti National Park in the Mara area. Masai Mara National Reserve has about for types of terrain such as the Ngama Hills to the east filled with leafy bushes favored by the Black rhinos and also the area has sandy soils, the western boundary is formed by the Siria Escarpment that is raised forming a magnificent plateau. The other type is the Mara Triangle bordering the Mara River with lush grassland and woodlands that support a great variety of wildlife such as the wildebeest. The largest part is known as the central plains consisting of scattered bushes and boulders on rolling grasslands favored by the plain’s wildlife.

The notable wildlife species include the big five game such as the African lions, African elephants, Africa Cape buffaloes, leopards, cheetahs, black rhinos, roan antelopes, Thomson gazelles, impalas hyenas and waterbucks. Masai Mara National Reserve has over 470 bird species that thrive within the reserve making it a birder’s paradise in Kenya and some of the bird species you will find include vultures, African pygmy falcons, black-bellied hart, Turacos, secretary birds, ostriches, grey crowned cranes, guinea fowls, and pel’s fishing owls among others.

The Masai Mara safari features many attractions such as the Great migration of over two million wildebeest which migrate from the neighboring national park that is Serengeti National Park in Tanzania. This fascinating migration normally happens every year in the months of July to September and during these months the yellow savannah is flocked by over 1.5 million wildebeest, zebras, and antelopes that migrate in search of food and water.

Additionally, the visitors that come to Masai Mara National Reserve have to experience the night drives that give you the opportunity to know what happens in the night of the wildlife in Masai Mara National Reserve. And also do other activities like game drives, birding, hot air, balloon rides, bush meals breakfast lunch and dinner plus a visit to the Maasai cultural villages and many more.

During the migration season, a great variety of wildlife is present in the Masai Mara National Reserve such as the big cats, for example, the lions, cheetahs, and leopards that come to feast on their prey. The life cycle of the wildebeest favors the growth pattern of other creatures since they keep wandering around looking for water and food the predators get a chance to feed on them and leading to healthy offsprings. The travelers get a chance to view and get some of the best photographic sessions making the whole safari a magical and adventurous experience that no one should miss in their lifetime.

Getting to Masai Mara National Reserve

Where to stay in Masai Mara National Reserve